The Fundamentals of Autonomous Driving Technology 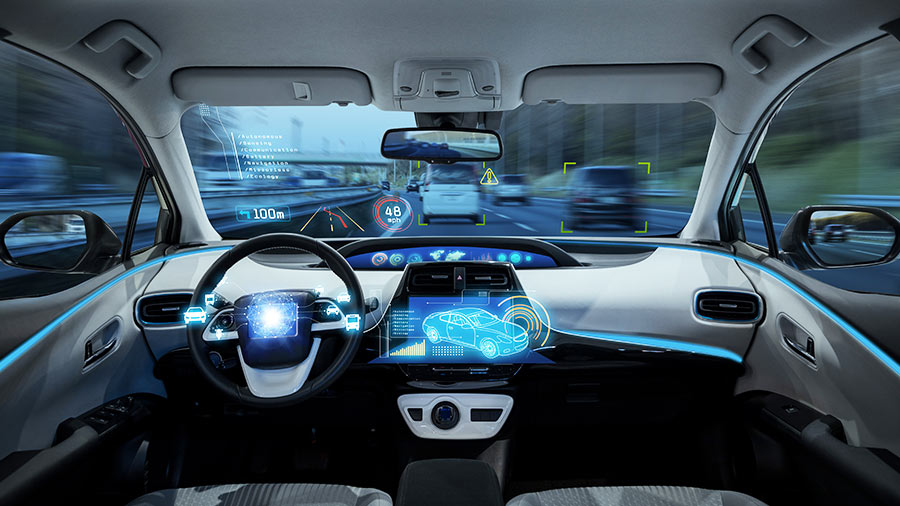 Before exploring the many benefits of this revolutionary technology, it is essential to understand the basics of how an autonomous car works. First, these cars create and maintain a map of their surroundings. They do this through several sensors, including radar sensors that monitor the position of other vehicles nearby. They also use video cameras to detect road signs, other cars, and pedestrians. Light detection and ranging sensors are another essential part of the autonomous car’s technology. These sensors bounce pulses of light off surrounding objects to measure distances. Finally, ultrasonic sensors are also used to detect other vehicles and curbs, especially when parking.

The first stage of automated driving is Level 1 autonomy, allowing vehicles to drive themselves in certain circumstances. After that, the driver’s input is still required, but only in limited situations, such as swerving to avoid a collision or navigating tricky road conditions. Finally, fully autonomous driving technology requires no human input except for extreme weather or abnormal environments. Depending on the driver’s preferences, this may allow them to concentrate on other tasks or sleep while the vehicle handles driving duties.

The first vehicles to incorporate Level 1 autonomy are the Toyota Fortuner and Lexus RX450h. These vehicles are equipped with radar-based systems that constantly analyze the probability of collisions in front of them. They slow or stop their cars accordingly. They alert the driver when they detect an obstacle ahead and take appropriate action. The system also monitors the speed and distance of the vehicles in the vicinity to determine whether they’re in danger of crashing.

Adaptive cruise control uses sensors to determine the distance between vehicles. Most systems use high-resolution radar mounted on the horizon. They may also use other sensors, such as cameras or lidar, which uses light waves. Adaptive cruise control systems communicate with a computer that controls the vehicle’s brakes, throttle, steering, and steering system. These systems aim to minimize the likelihood of collisions by reducing the distance between cars.

Drivers’ perception of lane-centering steering and the capabilities of ADAS systems vary widely. Therefore, the study focused on lane-keeping assist systems: lane centering control and lane departure prevention. Lane centering control continuously maintained the vehicle in the center of its lane, while lane departure prevention intervened when the car wandered near the lateral edge of its lane. The researchers found that the drivers’ perceptions of the two systems were influenced by the frequent and prominent intervention of the clergy for Lane Centering, which uses cameras to monitor the lane markings and keeps the vehicle in the middle of its lane. In addition, some systems use other sensors to ensure the vehicle stays in the middle of its lane. For example, the NissanPexample uses a forward-facing radar sensor to navigate curves. Lane Centering typically works with Adaptive Cruisechnology.

As the development of autonomous vehicles advances, the level of driver assistance will become more sophisticated. Self-driving cars can detect and react to hazards more quickly than human drivers. In addition, they can network with other vehicles and infrastructure to see and avoid potentially dangerous situations. These technologies may eventually eliminate human intervention, but only in ideal road conditions. In the meantime, hands-free steering is an essential step toward fully autonomous vehicles.

The development of these systems involves using cameras and radars to create a map of the environment. These cameras are designed to detect other vehicles and pedestrians, and radars monitor their position and location. Autonomous vehicles use light detection and range sensors to determine distances. Ultrasonic sensors are used to detect other cars and curbs.

The ability of CNNs to learn complete tasks such as road following and lane following, as well as semantic abstraction and path planning, is a significant advance for autonomous vehicles. CNNs can acquire this capability with relatively few training examples, even in the case of sparse training data. With training data of varying degrees of quality, they can learn the road outline without explicit labels. The resulting algorithms can predict a vehicle’s steering angle with human-like accuracy.

The neural network, known as a CNN, has two primary tasks. The first is to extract features from input, while the second is to compute possible actions or reactions. For example, ChauffeurNet learns from a set of simulated and accurate data to create a realistic-looking image of the environment. In contrast, an average human driver must constantly make decisions based on this representation, and the neural network must be trained for many years to get to that point.